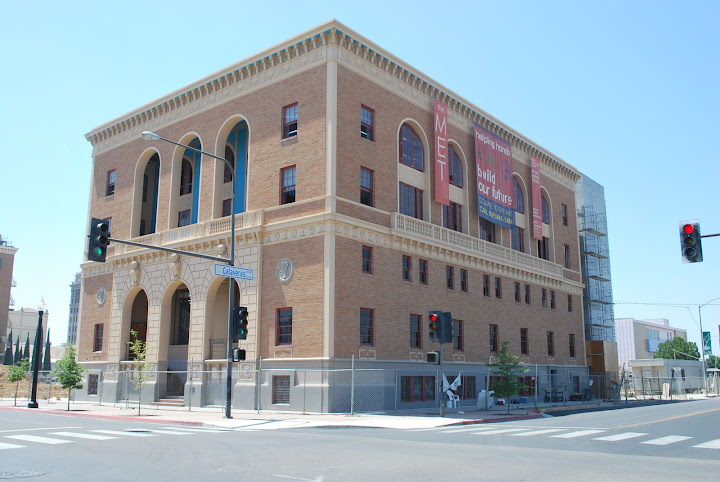 In their new business plan released in June 2009, the Fresno Metropolitan Museum had identified the 2010 Creatures of the Abyss exhibit from Ontario’s Science North as their biggest potential draw of the first year following the City of Fresno takeover of their historic building. Aletha and I had met with museum staff about the possibility of bringing our Teaching Tidepools animals to the Met as well as collaborating on a week-long Ocean Camp for children and a lecture on current ocean issues for adults.

But due to the downturn in our economy, the Creatures of the Abyss traveling exhibit was removed from the Met’s calendar in November. Would the expected attendance of 42,100 have made the sea creatures the hit of the season? We don’t know, but it is a shame a sister nonprofit organization is having such difficulty in Fresno and we sincerely wish the staff of the Met all the best as they work to save this gem for our community. All nonprofits need generous local and sponsor support to not only survive, but also expand what they are able to offer constituents. It seems to me that angels at this time of year are just what Fresno nonprofits need.